The formal award ceremony and reception took place at the French embassy in Brussels on 17/11.

Once again many of our students took part in the annual Haiku contest last year. This contest is organised by Profff, the association of French teachers in Flanders, and is open to all students learning French as a foreign language.

Student Kristel Kunicki (class 8C, Isabelle Forges) was one of the winners with this Haiku:

This week we joined her to the French embassy in Brussels, where the formal award ceremony and reception took place in the presence of the French and Japanese ambassadors. Herman Van Rompuy, former President of the European Council, initiated us into the secrets of the Haiku art.

We enjoyed all the haikus that were recited. Every single one was a gem! 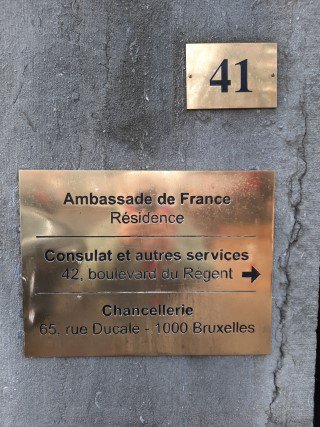 Register for our newsletter

Register for our newsletter

Do you want to stay up-to-date on the newest courses or upcoming events. Register here and recieve the latest new of CLT in your inbox.

It looks like you're using an old browser. This site may not properly work if you do not update or change your browser.